Why Am I So Embarrassing?

I was wondering if you could write an article about how to deal with embarrassment. I’m 17, so as a high schooler, I suffer from excruciatingly embarrassing moments all the time.

It gives me so much happiness to know that you are 17 years old and reading OKREAL! You are the coolest! Even if you don’t feel like it. Does anyone feel cool in high school? I went to an all girls high school in New Zealand, and spent most of my time trying to be cool, inherently ruining my chances. When I look back at diaries I kept during that time, they fill me with so much compassion for my teenage self. I wish I’d had this self-compassion at the time. Instead, I antagonized myself. I could picture the cool version of myself so well: she would say the right thing at all times, she would know who to sit with at lunch, she would have a really good fake Christian Dior saddle bag (you are too young for this reference, but I don’t know what’s cool these days), she would have boobs, boys would like her, she would be so nonchalant and breezy that other girls would flock to bask in her aloof glory. She didn’t exist.

Instead, I kind of half fit in some of the time, the other half wandered the school grounds in between groups, was a bit sloppy, was consumed with what people thought of me. And then there were the ‘real’ cool girls, with their gold cowl necks and white capri pants (it was 2003). During one political tirade over a boy, I’d receive texts on my Nokia 3310 in english class saying that my body was so gross I should be ashamed of it, or a gang of them would yell SLUT as they drove past me in their new VW golf while I waited for the bus. I was so disappointed and disgusted with myself. I treated myself like shit as punishment—I would tell myself I was pathetic, that I wasn’t good enough, would go on bizarre diets or just stop eating altogether. I believed that the more self-scrutiny I exercised, the more I’d learn my lesson and transform—as if you can beat something up until it becomes beautiful. It all sounds very dramatic now, but at the time, I felt very real pain and very real self-consciousness. Which are perhaps are some of the things you feel in these ‘excruciatingly embarrassing moments’, even if these moments are completely different to my own.

With the only detail being that you are a 17 year old high schooler, I assume you are embarrassed about at least one of the following things: saying the wrong thing, making bad decisions, your grades, being too loud or too quiet, not having the right answer, not being smart enough or being too smart, where to fit in, where to sit, your parents, what people are saying about you, whether Sarah is still your friend, a general feeling of doom, or that if you wear your backpack on your back instead of slung over your shoulder you might burst into flames. Nothing I say can save you from embarrassing moments, because embarrassing moments in adolescence are part of figuring out who you are. Being a teenager is really just trying on a ton of different outfits (identities) in front of the world (your school) with no privacy. These outfits look great in your head, but in reality it’s immediately clear that you must ABORT MISSION—except that everyone’s already seen you in the fluorescent fitting room lighting, triple mirrors multiplying your ass by infinity. Your audience is witness to all the stuff that doesn’t fit, that makes you look weird, that does not reflect who you are, that accentuates your flaws and muffles your true beauty with a mustard-brown color and boxy shape.

The good news is that you can change your relationship with embarrassment so that it becomes less ‘excruciating’. Firstly, know that this is temporary. You will keep trying things on until you realize it’s all a big waste of time and that if you really want a shot at being fulfilled in life, you have to walk bare faced into the world and say, ‘Hi! This is who I am!’ And hopefully, you will learn to relax more and more into that person, the one who makes mistakes and still needs to try hard in life and wants to be liked and to not be embarrassing, because those are all very healthy and normal things to be and desire, and you will care less that this is just who you are. I know this because I just turned 30 (which from memory is geriatric in the eyes of a 17 year old), and while my insecurities are not as pronounced as they were in high school, they are definitely still there, but I am far more whatever about them. I also have new things to worry about, like money and business and fertility, which pushes embarrassing myself down the totem pole of importance. Secondly, know that everyone else your age (and at every future age in life) is working very hard to not embarrass themselves (just like you), and is far more concerned that their selfie only got 18 likes, when their ice-cream picture got 37.

How can you let your embarrassment be a seed for self-awareness instead of insecurity? If you said something that hurt someone else, why did they take offense? How can you empathize with others? How can you see things from their perspective? Please know that every time someone laughs at you, teases you or disrespects you, this is them saying out loud: “I’m going to highlight someone else’s weaknesses and insecurities to distract people from seeing my own.” A secure, strong and confident person has no need to shoot others down to make themselves feel better. A secure, strong and confident person has enough love inside to give themselves and others, especially those who are struggling. Be that person. Finally, instead of trying to prove yourself (which, without this objective, embarrassment does not exist), be kind to yourself. I’m not suggesting you should ‘embrace your flaws’ or anything quite so superhuman as that, but try accepting them. Because like I said, they will mellow out, and by that stage you won’t care anyway. Do this for yourself, not because you’re trying to be better than the people around you. Be brave. Be gracious enough to let yourself make mistakes and to let others do the same. Be a goof. Talk to the girl who no-one talks to. Find good role models and start acting like them. Be polite. Throw your shoulders back. Worry less about fitting in and more about being a good person. Laugh at yourself. Be a kid.

You’re going to be just fine. 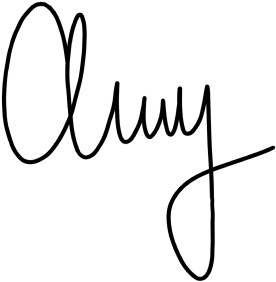